If a nuclear deal is reached, it will unlock exponential economic growth for Iran, which will be able to trade its oil globally. Inflation will decline and the currency will stabilize, boosting business confidence and quelling social unrest. Iran will curb proxy activities in the region, leading to increased stability. However, Iran will only return as a viable market in 2023, and its economy will recover very gradually. MNCs will need to carefully assess reputational and operational risk implications before entering the Iranian market. If a deal is not reached, however, Iran’s economic decline will persist, and it will not be a viable market for the foreseeable future. ​ 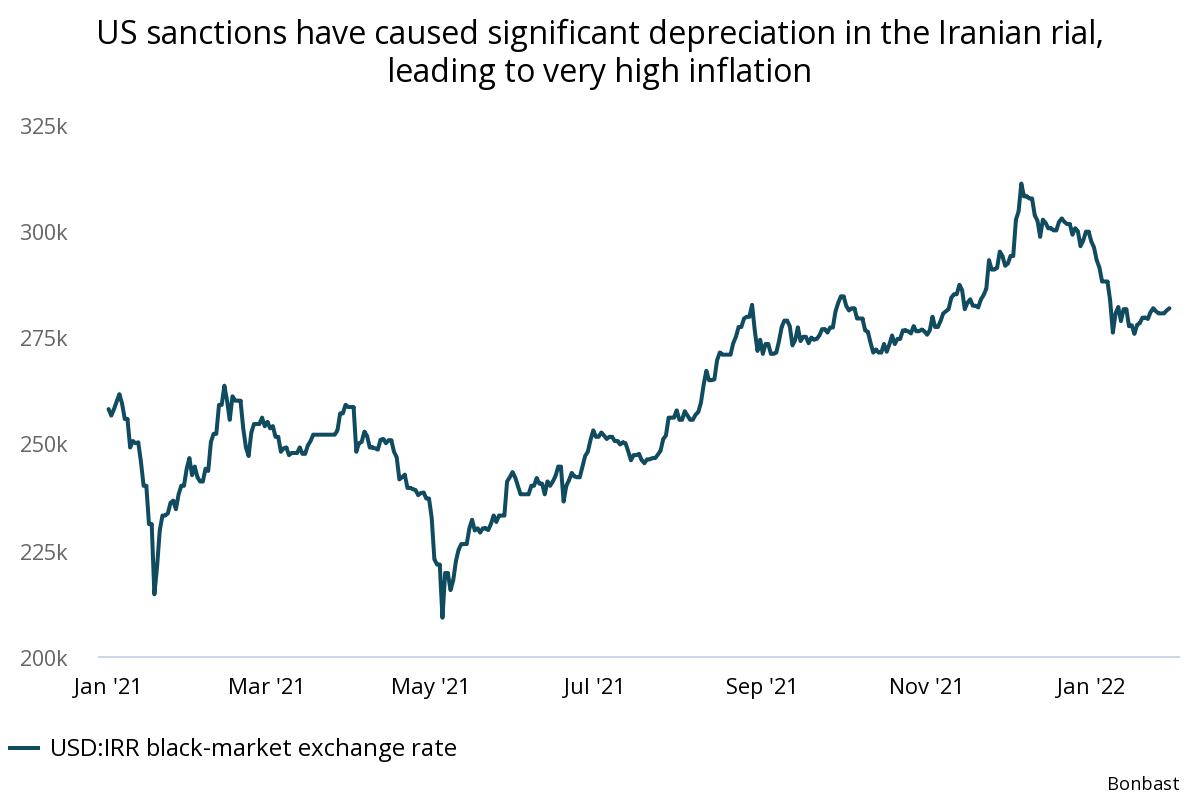 Talks to revive the Iran nuclear deal have been paused for a few days as negotiators return to their respective countries for political guidance on the next steps to take. ​EU negotiators believe that talks have entered a “final stage” as they work to complete a deal by mid-February. France, Germany, and the UK have been vocal about their demands to conclude the talks as soon as possible.​ Iran’s Supreme Leader Ali Khamenei and Foreign Minister Hossein Amir-Abdollahian have, for the first time since negotiations began, publicly expressed willingness to negotiate directly with the US. However, these statements come at a time when three US diplomats have resigned from negotiations over disagreements with the US’s strategy in the talks.​

While several obstacles in the negotiations need to be addressed, and the risk of no deal has risen significantly since President Ebrahim Raisi was inaugurated, FrontierView believes that a nuclear deal is still the more likely scenario, with a 55% likelihood. Iran and the US are far apart in their ideal demands, with Iran pushing for guarantees against the next US administration abandoning the deal—a demand nearly impossible for President Joe Biden’s team to provide. The EU may compensate with assurances that prevent blanket sanctions from the US. However, with prospects of extended crippling sanctions, Iran’s alternatives are few to none. Russia and China would not provide a sufficient alternative to recover Iran’s battered economy, leaving the base case where Iran compromises and secures a deal. Additionally, both presidents are suffering low approval rates, with President Raisi trying to fend off more public anger against crippling living conditions and President Biden pressured to achieve a foreign policy success to boost the Democrats ahead of November’s midterm elections. ​

Talks will accelerate in February as EU diplomats work against a self-imposed mid-February deadline. However, if the EU and US raise demands and fail to provide some encouragement over future diplomacy with Iran, the latter will likely abandon talks, resulting in a no-deal scenario.