While the re-election of Mattarella foreshadows greater political instability, the surprise outcome of Portugal’s legislative election bodes well for the country’s economic recovery

MNCs will need to take an increasingly nuanced approach to their strategy in Southern Europe, with recent elections hinting at a two-track recovery emerging across the region. In Portugal, a new majority government means Socialist Prime Minister António Costa will no longer need to placate other left-wing parties, increasing the probability that the government sticks to its deficit reduction and reform targets. Conversely, the inability of Italian parties to coalesce around a presidential candidate has highlighted an increasingly fractious coalition just as the government is due to embark on a more substantive reform agenda to unlock much needed EU recovery funds. 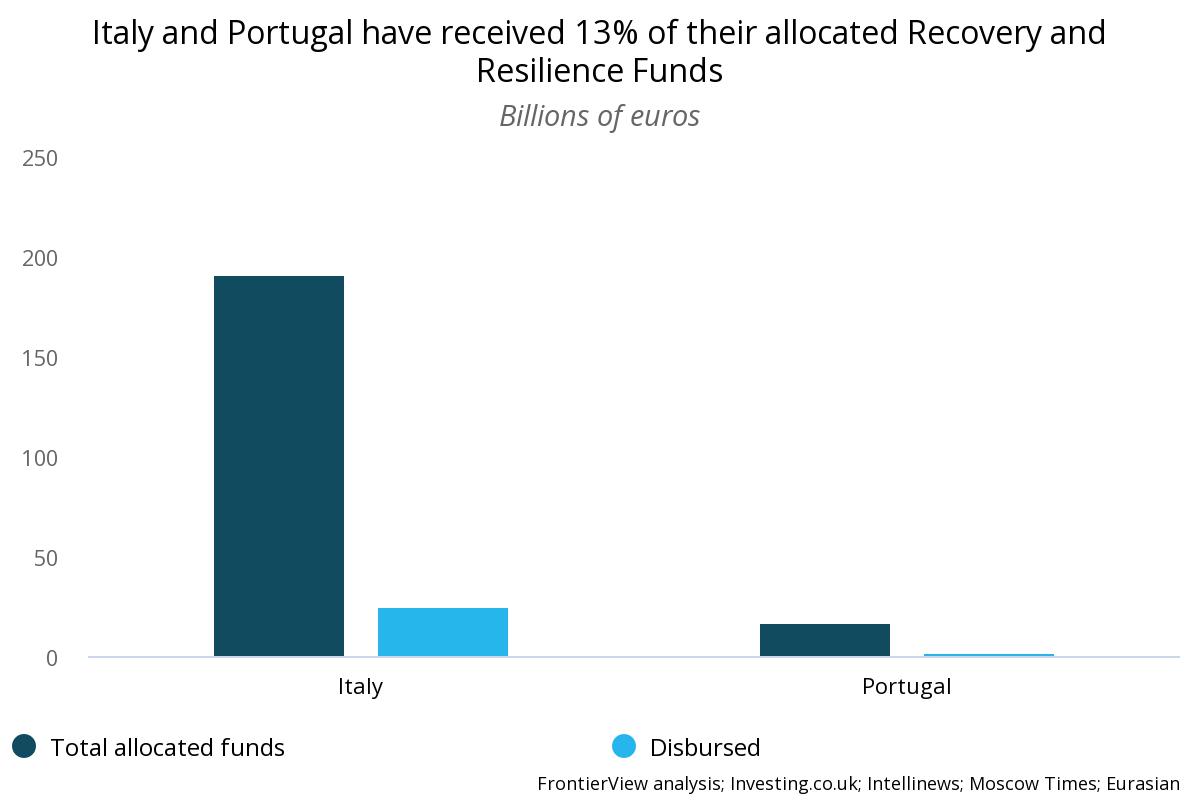 On January 30, Italian lawmakers re-elected its reluctant current president, Sergio Mattarella. This outcome followed six days of inconclusive voting, with Italy’s political parties unable to agree on a successor for the seven-year post. Leading up to the election, several names had been considered, including former Prime Minister Silvio Berlusconi, the head of Italy’s secret service, Elisabetta Belloni, and Mario Draghi, the current prime minister. Draghi looked like the most likely to succeed Mattarella, which would have left Italy’s fractious coalition government without a credible leader. Draghi will remain as prime minister just as Italy is due to implement more challenging reforms ahead of legislative elections in 2023.

At the same time, Portuguese voters went to the polls to elect a new parliament last Sunday. The election was precipitated by left-wing parties, which had refused to approve the government’s 2022 budget late last year. Voters appear to have punished those parties that pushed for the early election, handing Prime Minister Costa an unexpected majority government.

Italy’s presidential election has exposed deep rifts within and across Italian political parties. While a compromise was eventually found to keep Mario Draghi at the helm of Italy’s government, the arrangement is, at best, a band-aid solution for a festering wound. Draghi’s failed bid for Italy’s presidency has dented his credibility, but Italy’s fractious coalition lacks an alternative leader, with parties unlikely to push for early elections, which would see a reduction in the number of seats and the loss of their pensions. Nonetheless, MNCs should prepare for greater instability in the aftermath of this election, with parties increasingly posturing to gain an advantage in the polls leading up to next year’s election. This will make passing essential reforms to unlock EU recovery funds more difficult and could delay both public and private investment plans.

Conversely, Portugal is set to enter a period of greater political stability. Freed from the constraints of an informal coalition with left-wing parties, Prime Minister Costa will be able to stick to his reform agenda more easily. This will ensure the timely disbursement and absorption of EU funds, with positive knock-on effects for business sentiment and investment levels over the next couple of years. Although the government is set to increase the minimum wage, MNCs should note that it has ranked among the lowest in Europe. The impact of a higher minimum wage should be softened by changes to Portugal’s corporate tax rate. In addition, the government is expected to increase investment in healthcare and provide additional support to export-oriented companies.